The Empty Quarter Moves On 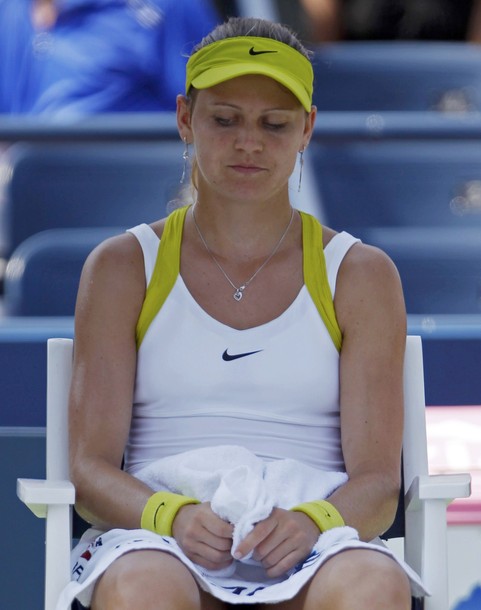 Kvitova gone, Radwanska gone. You could be forgiven for thinking that, coming off a solid US Open series which included her reaching the quarters in Toronto and giving Serena Williams her toughest hardcourt match of the year, Lucie Safarova would be sure to take advantage of her part of the draw essentially imploding in on itself.

But instead, she became part of that implosion as she played embarrassing awful ‘tennis’ (and I use that term loosely), - hitting 42 unforced errors in 13 games (almost 3.5 errors per game) en-route to a 0-6 1-6 loss to resident junkballer Niculescu whose ugly bag of tricks should really not be effective on any player in the top 30.

Awaiting Niculescu in the fourth round will be Angelique Kerber who backed up her upset victory over Agniseszka Radwanska by easing past gossip queen Alla Kudryavtseva and into the fourth round. This all takes me back to what her friend and countrywoman Andrea Petkovic said just two months ago.

One more win will take Kerber from #92 all the way up to around 41-45 after the US Open. I don’t know about you, but from where I’m standing that’s a pretty damn good prediction.

Like Loading...
Lucie Safarova, US Open
← Marin Cilic embarrasses two young prodigies at the US Open “You Gotta Get That Dirt Off Your Shoulder”. →