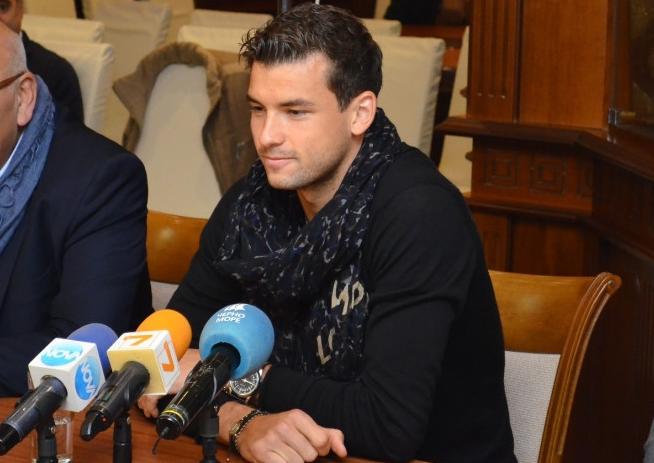 “We recently had lunch together in Australia. We spoke a lot about this issue and straightened it out. The good thing was that we agree.”

Andrea Petkovic on her knee surgery and (fourth) comeback:

“I was now just one week at Klaus Eder in Regensburg to rehab and have already made ​​great progress. I have hardly any pain and you almost can’t that I had surgery - except for a little swelling. [the swelling] needs to reduce more before I return to the court, but I’m patient. [...] I hope my good progress [will allow a] return in Indian Wells and Miami. If I’m back in shape sooner, I might even play a smaller tournament before on the ITF Pro Circuit!”

Novak Djokovic and Marian Vajda describing the Serb’s 2010 Roland Garros loss to Melzer from two sets and a break up as the turning point in his career:

“Even after he came back to me I wanted to work more and he was sometimes escaping. But then when we came to the court, he was focused, he was winning the important points, basically he was a fighter, he would never give up any ball. And then, after he lost to Melzer from two sets up in 2010, he looked at himself. Since then, he has had the momentum.”

“I lost that match and then from Wimbledon on, in the second part of the year, I started playing much better and being more confident on the court. I felt I got a huge relief mentally rather than anything else. My serve was coming back, and then the Davis Cup title came at the right moment for myself and my country and all of my colleagues, because that’s when I got a strong wind in my back, and it switched momentum.

John Isner on watching the Australian Open whilst injured:

“I haven’t watched any of it. Not one second. I normally don’t watch too much tennis to begin with. But when I’m home during a Slam, I just can’t watch. I know I should be there because I’ve earned my spot. I’ve worked and got my game to a certain level, and sitting home is tough to swallow.”

3 Comments Posted by footfaulter on January 1, 2012 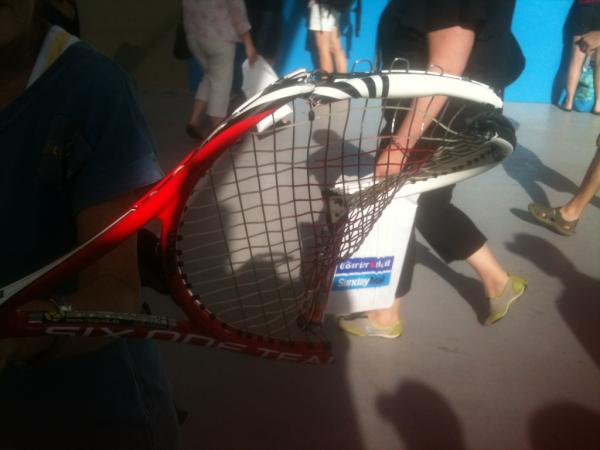 Judging by the mangled remains of Andrea Petkovic’s racquet, doubles isn’t always fun and games for top players. According to an eye-witness, quite a bit went down when the two entertainers teamed up for the first time earlier today;

Apparently (Andrea) & JJ believed that the ball they hit in a net exchange or rally just slightly touched Spears’ racquet frame, but the umpire didn’t agree. That’s how it kind of started, both got really pissed off & even Andrea went over to Abigail & asked her if her racquet touched the ball and Abigail said nothing which made both Andrea & JJ even more annoyed.

Plus both weren’t too happy with some line calls in the MTB. Crowd booed the ump & really got into it.

Both Jelena and Andrea have both had their fair share of drama over the years (*cough* understatement of the century *cough*), so I guess it’s only natural that when they come together as a team, their very first match should apparently involve cheating opponents, incompetent linespeople and a rowdy crowd to top it all off. Bless.