How different are the WTA and ATP rankings?

2 Comments Posted by footfaulter on November 6, 2012 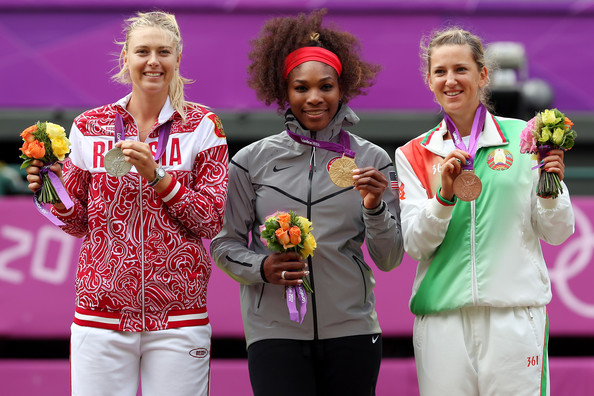 I‚Äôll never fully comprehend why so many feel the need to waste endless amounts of time waxing lyrical about a ranking list that, in the greater scheme of things, is about as relevant to the WTA as Maria Sharapova‚Äôs moustache is to her endorsements. In a world where people don‚Äôt suck, Victoria Azarenka‚Äôs catwalk to the number one spot with Australian Open title in-hand and a subsequent 26-match winning streak would have struck the final nail in the coffin of this wretched number one “debate.” Yet, as the season comes to an end, Serena Williams‚Äô superiority over Sharapova and Azarenka not reflecting in the rankings is all people can talk about.

But, alas, for the time being, let‚Äôs pretend that we live in a world where rankings do mean a great deal (they don‚Äôt) and that spending the last four years obnoxiously questioning the “legitimacy” of the rankings at every opportunity has been time well spent for all involved (it really hasn‚Äôt.) Over this period of time, I‚Äôve always been struck at how readily the word “flawed” has been constantly tossed about in the relation to a ranking system that does exactly what it says on the tin, while being constrasted with the ATP‚Äôs system which - as with seeming everything involving the ATP tour - is presented as a shining beacon of flawless perfection. But, really, how different are they?

Playing around with the two ranking systems is hardly a new concept, but despite the notable differences between the points structures of the ATP and WTA rankings, this factor is rarely taken into consideration. At first glance, both ATP and WTA point allocation systems are near-identical - with 2000 awarded at slam-level, 1000 at masters and so on. However, the big difference occurs amongst the players who leave tournaments without those big trophies, as the ATP offer considerably less points between the second round and finalist stages of events, in comparison to the WTA‚Äôs points system.

So, which system rewards greatness over consistency? Neither. A tick in the ATP‚Äôs favour is its point structure placing far greater emphasis on titles rather than a steady string of consistent results. It means that a player like Sharapova, who was the runner up in an immense 6 slams and Masters 1000 equivalents in 2012, is penalized most under the ATP system. However, the downside of this structure is the ease at which players can inflate their rankings by notching up titles at lower events against far lesser competition. On the other hand, the WTA only counts a total of 16 events compared to the ATP‚Äôs 18, lessening the influence of playing a significant amount of events.

Thus, the most effective objective ranking system would probably be one somewhere in the middle of the two. Even that would have its own glaring flaws, however, and on the whining goes.