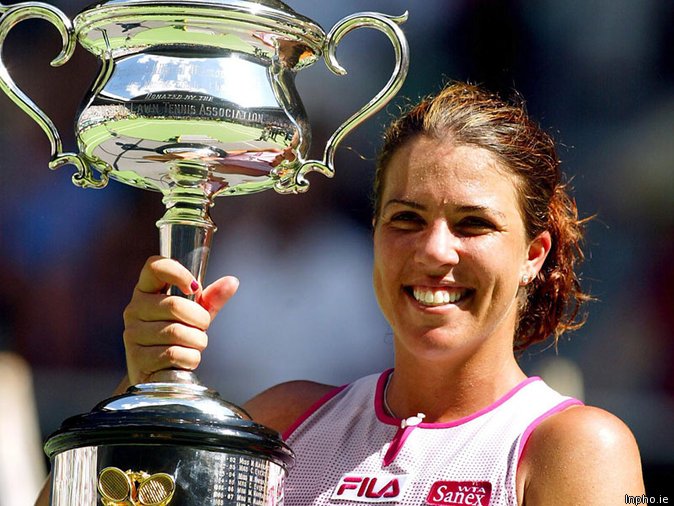 Over the years, Women’s tennis has come to be criticized and held notorious for its short, one-sided grand slam finals. While the latter part of the 00s has undoubtedly seen masses of blowouts and beatdowns in grand slam finals, it wasn’t always like that. Many finals in the late 90s and early 00s were bursting at the seams with vitality, drama and scrumptiously good tennis. One such match was the 2002 Australian Open final between Martina Hingis and Jennifer Capriati.

Firstly, let’s set the scene. After Capriati’s troubled teens, which included Grand Slam semi-finals at 13 and arrests for Maruijana possession and the shoplifting of a $15 ring, Jennifer arrived in 2001 finally having matured as a woman. Her tennis followed accordingly as she clinched both the Australian and French Opens and would end the year atop of the rankings. The 2002 Australian Open would repeat itself as both Martina and Jennifer waltzed through their halves of the draw, meeting in their second successive Australian Open final. A year earlier Martina was the world number one and favourite, but in the 52 weeks that followed the tide had completely turned. This time, Jennifer stood as the defending champion and world number one.

The match was a spectacle from the very beginning. Jennifer came out all guns blazing, while Martina sadistically toyed around with Jennifer in the way that only Martina knows how. This contrast in styles between the two supreme athletes led to some electric, lengthy and epic exchanges. Still, Martina took an emphatic 6-4 4-0 lead and looked to be moments away her fourth Australian Open crown. From this point on, Capriati’s fighting instincts took over as she fought and bludgeoned her way back from almost certain defeat, amid jeers and boos as she queried calls, let out her trademark expletive-riddled rants and told the enthusiastic crowd to “shut the hell up.” With three championship points saved, the pair eventually arrived at a second-set tiebreak, a tiebreak that turned out to be another one of those incredible, unforgettable moments in tennis. The heat burned holes in the pair as the champions exchanged epic rally after epic rally before collapsing into the shade after every point. Jennifer would fight her way through another lengthy exchange on championship point, before finally clinching the set and levelling the match for the first time since 15-15 in the very first game. And as Hingis’ spirit finally broke, Jennifer never looked back as she powered to the third Grand Slam of her career.

It was such an unbelievable viewing experience, and even just watching them as they wore each other down in the smouldering heat was tiring and painful. The way Jennifer managed to save most of the championship points with winners and forced errors was simply unreal. This match is her legacy, and it’s a pretty damn good one at that.

Like
Be the first to like this.
Uncategorized
← Foot Fault’s 46 Predictions for 2011 Elena Dementieva appointed Vice President of Russian Tennis Federation →