Elise Tamaela Attacked, Knocked Out and Left On A Drip By Opponent‚Äôs Father 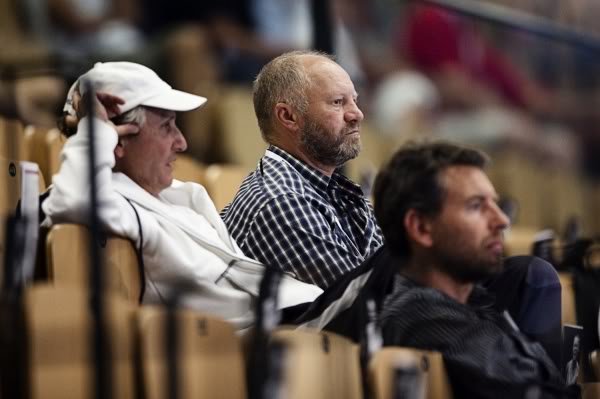 Yesterday at the lowly ITF $25k Versmold, 27 year-old Elise Tamaela was subjected to a brutal verbal and physical attack by a fellow competitor‚Äôs father, which knocked her out and left her on a drip in hospital overnight.

After driving down to the Halle hospital, Tamaela‚Äôs brother, Sander Tamaela, confirmed the incident, writing on tennisforum.

As the brother of Elise I can confirm the story… Elise has been attacked by the father of Karen Barbat whule watching her game. He was calling her names from the start of the game (all kind of racist things I‚Äôm not willing to repeat). After a while Elise said something about it, he then knocked her out with a punch and elbows to here temple. She immediately lost consciousness for about five minutes… After a while she was taken to the police station to press charges, the father and daughter flee, police still looking for them. At the police station Elise started the vomit continiously, an ambulance was called to take here to the nearest hospital. She‚Äôs still on a intravenous drip with painkillers and needs to stay in the hospital till at least tomorrow morning (having a concussion and a bruised face)…

My father and I drove to Halle (where Elise is in the hospital) and are now in a hotel, we hope we can take Elise back to The Netherlands tomorrow…

The father/trainer of Karen Barbat will probably never see a (professional) tennis court again, that man is a true risk to all people around him!

“The whole day he called her “black chickie” or something. When Elise said something about it, he gave her two hard blows to her temple. She was unconscious straight away and came back after five minutes.”

Mihai and Karen Barbat immediately fled the venue and country, with Karen Barbat speaking with Danish news site Ekstra Bladet while on the run and crossing Danish borders to give her side of events;

“As I saw it, sat a group of people in the grandstands cheering a lot on my opponent. They irritated me a lot and I tried again and again to ask them to quiet down a bit. But they just laughed”

“The last thing I remember is that one of the players provoking my father. He pushes her, and it‚Äôs true that he came to respond in an unfortunate way. He gives her a blow.

“But I do not remember anymore, and I have no more time, she says, while a male voice raises his voice in the background. Here ends the conversation, when Karen Barbat hangs up.

It‚Äôs an appalling series of events, and made even worse and more surreal by the fact that the Barbats immediately fled the country. As SB Nation reported, this is far from the first time that Mihai Barbat has created trouble at an event and though all sympathies should rest with Tamaela, Ekstra Bladet‚Äôs account of the phone conversation with Karen Barbat paints a worrying picture of the 19 year-old‚Äôs relationship with her father, with him shouting at her and presumably forcing her off the phone.

The good news is that not only is Tamaela expected to make a full recovery, but according to her mother, they will be pressing charges against Mihai Barbat. In the words of Sander Tamaela, let‚Äôs hope that this horrible man never sees another professional tennis court.