WTA Bank Of The West Classic 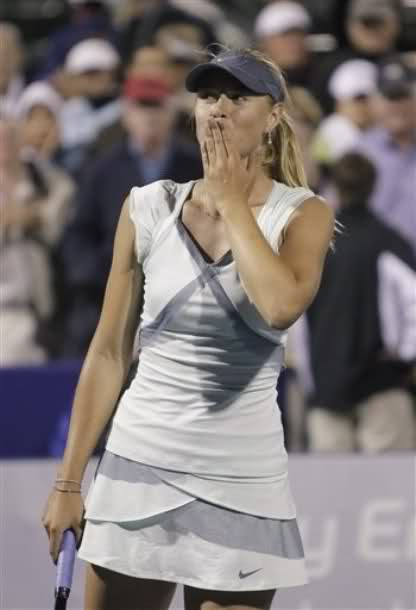 There were no shocks as day two of the Bank Of The West Classic drew to a close with all seeds advancing through to the second round. Maria Sharapova managed to finally get that first top forty win of the year which had been one of the most prominent topics over the last few weeks by defeating Zheng Jie 6-4 7-5. It is also nice to Ashley Harkleroad back and actually competing. The American had played in her first tournament since giving birth at Miami this year after only one month of practise and she was crushed by Alicia Molik 1-6 1-6, but she put up a far better fight this week and even was a break up over defending champion Marion Bartoli in the second set.

Daniela Hantuchova had a flashback to the Australian Open 2008 semifinal when she won the first set without dropping a game, only to lose the next two sets to the gritty Shahar Peer. Also, Melanie Oudin believed and then rallied from a set and 1-5 down saving matchpoint against Aleksandra Wozniak to take the match 6-3 in the third set. After Melanie Oudin’s comments in April regarding who she felt should represent the USA in the Fed Cup Final, Bethanie Mattek is said to have commented this week on her belief that only the team who got USA to the Final should be able to play (and so the Williams Sisters shouldn’t be considered).

It is an interesting debate, but at the end of the day when both Serena and Venus have committed to play Fed Cup and then have withdrawn, they have both had bonafide injuries. If this was a case of them not caring about Fed Cup and then suddenly commiting because the USA had made the final then the comments from Oudin and Mattek-Sands would be much more understandable. However the USA need their best team or else they will simply be humliated by Italy again - especially as Italy now have a Grand Slam Champion in their team. Also, by speaking out like this it will only create a bad atmosphere if either sister is indeed called up to the team. 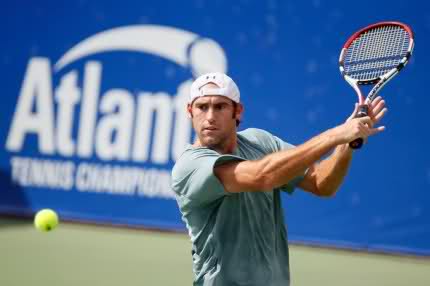 There were no seeds in action on tuesday at the Farmers Classic but even with the withdrawal of last week’s Atlanta winner Mardy Fish, it was a great day for the Americans as five won through to the second round. The winners included wildcards James Blake and Ryan Sweeting. Interestingly, Serena Williams was also in attendance with her foot still firmly in a cast and she allegedly was standing right in front of Shino Tsurubuchi, the linesjudge involved in that fateful US Open footfaulting incident from last year. Close your mouth, Shino!