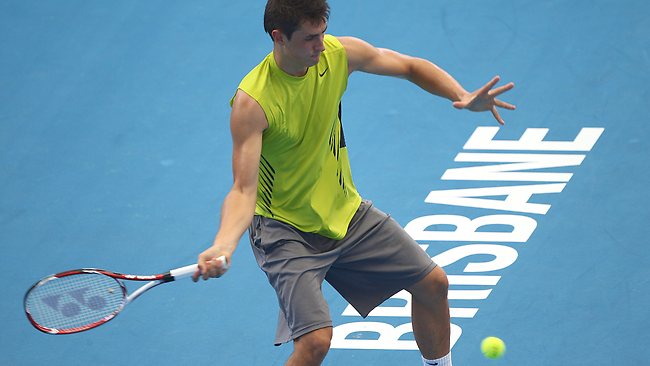 Judging by all the sleeveless t-shirts seen on him over the past month, Bernard Tomic seems determined to show every man, woman and child his shiny new muscles - the results of his off-season fitness slug. However, that didn’t stop yet another tennis great from speaking about him and gently implying that he’s a lazy sod.

“Sometimes you hear of disturbing things, his game, maybe it looks like he’s not caring enough about his game, and sometimes you’re flat, that happens,” Laver said.

“He’s got to bring himself through that level and train himself to work all the time as hard as you can.

2012 will be a very telling year for Bernard Tomic. For what is considered his breakthrough year, last year was infinitely strange; he had one great tournament, one or two other good matches, but beyond that it was a mass of disappointing and some quite comical first round losses after being handed a slew of wildcards. We’ll soon see whether or not 2012 will follow that same inconsistent pattern.

Like
Be the first to like this post.
ATP, Bernard Tomic, Brisbane
← Quotable Quotes: Serena Defends Her US Open Rant Hot Shot: Petkovic Claims First Racquet Smash Of 2012 →