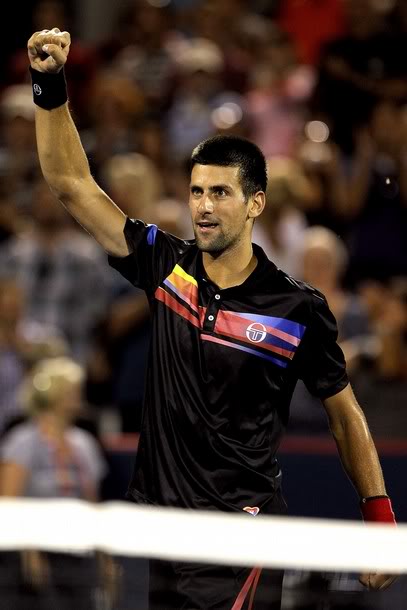 First Murray was upset in his first match, then Nadal, and then Roger Federer in the third round, but as his rivals toppled like dominoes around him, Novak Djokovic stood firm to reach yet another semifinal in this Career-defining year. This time he demolished Gael Monfils, the next highest-ranked player left in the draw, 6-2 6-1 in 73 minutes.

This win moves his win-loss record for the year to 51-1; FIFTY-ONE - ONE! So much was made of the streak in the first half of 2011, but the way he has recovered is almost even more impressive. After the bubble finally burst in that fateful French Open semifinal, many expected Djokovic’s form and game to fall back down to what we’ve become accustomed to over the years, but he has simply brushed the dirt off his shoulder and edged his way back to his brilliant best.

After the match, Novak offered up perhaps one of the biggest understatements ever to be spoken; “I have played the best match of the tournament, no doubt. Everything is going well.” It sure is, Novak. It sure is.

Like
Be the first to like this post.
ATP, Montreal, Novak Djokovic
← Quotable Quotes: Robert Radwanski Being Stupid For a Change… Serena Crosses Another Name Off Her Hit-list →